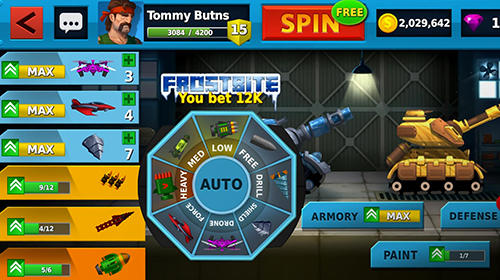 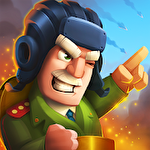 Tank to tank for Android

Tank to tank - take your futuristic tank from the hangar. Shoot and try to hit an opponent tank. Avoid enemy shots. Get ready for merry 1x1 battles against players from all over the world waiting for you on the arenas of this Android game. Direct your weapon at a right angle to the surface so as the sent charge can hit opponent machinery. You will get coins for making damage, lose coins for getting damage. Communicate with friends via chat. Get prizes for victories and raise your rating. Upgrade tanks.