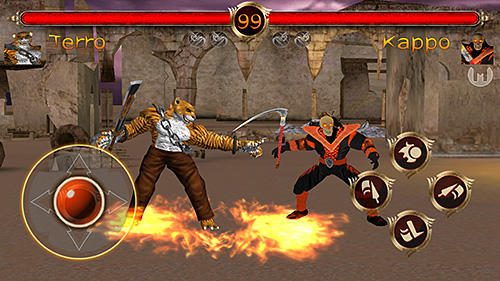 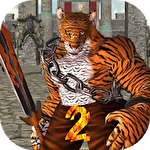 Terra fighter 2: Fighting games - control a furious fighter during the battles on different arenas. Crush enemies with the help of powerful combat maneuvers and different weapons. Plunge into exciting world of martial arts in this Android game. Take your hero along the tracks of an insidious villain. Be ready for many battles against strong opponents waiting for you at each step. Move the hero across the arena, press the buttons in time to make your fighter apply attacks, use combos and block enemy attacks. Buy cold weapons and other objects.