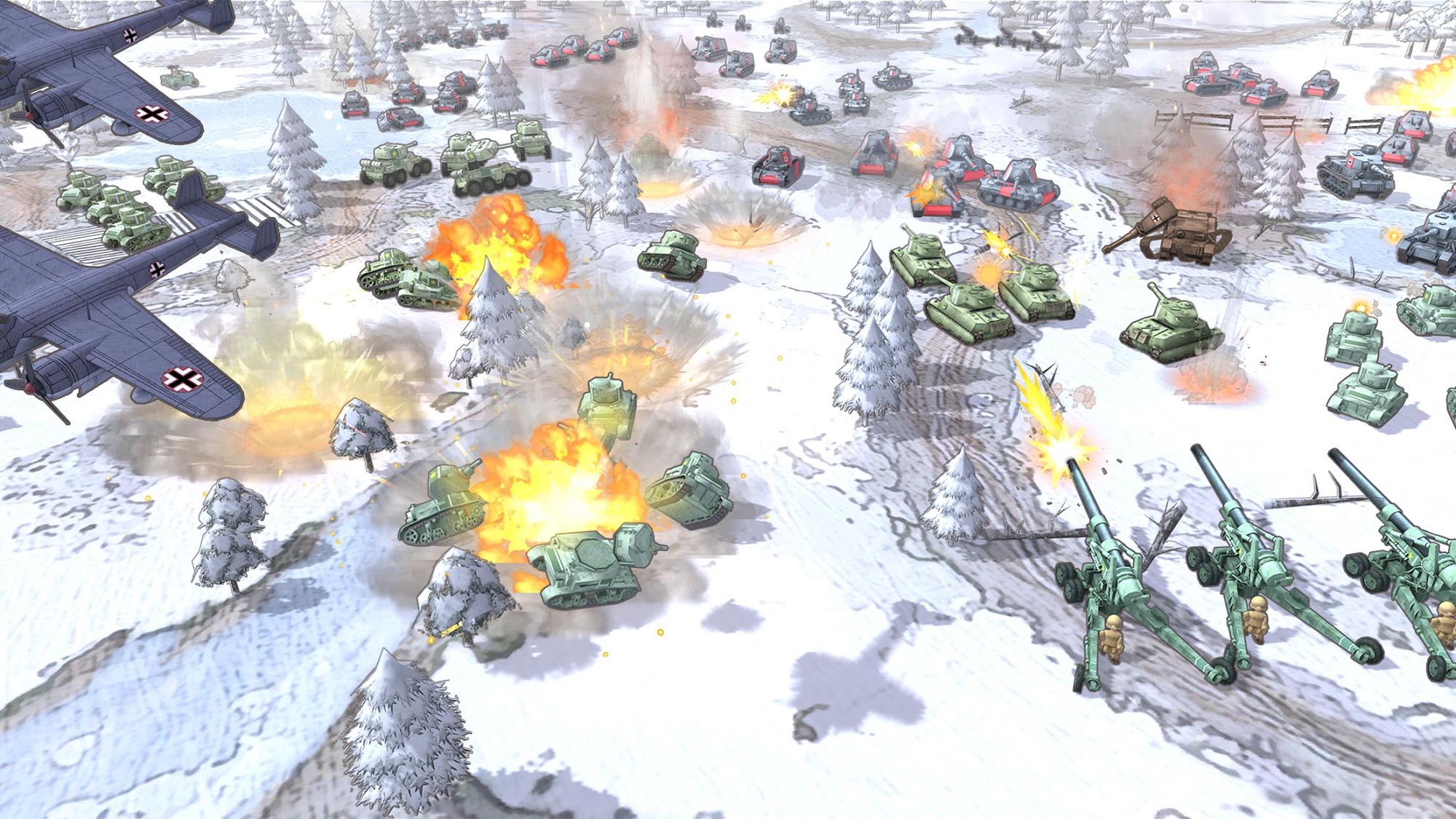 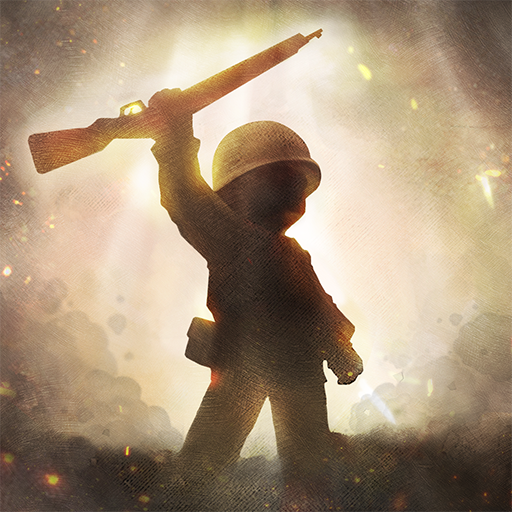 Game economy is represented by a map, cities and enterprises that can be seized and where you can produce something. You can also upgrade them just like troops. For this you will need experience, money and resources that come in the form of loots after battles.

Battles are designed as missions, which can be selected from the map mode. The battle itself is in the style of a cartoon tactical strategy and it is rather interesting. There are enough of types of units, and there are different infantry soldiers, cars, artillery, armored vehicles and aviation. Units walk in groups in the form of army detachments. These detachments are permanent, they can participate in many battles and be leveled up.