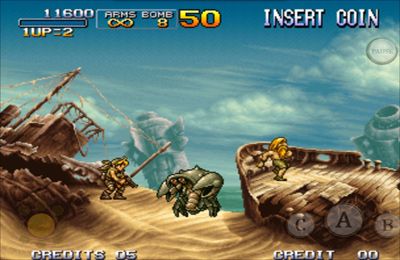 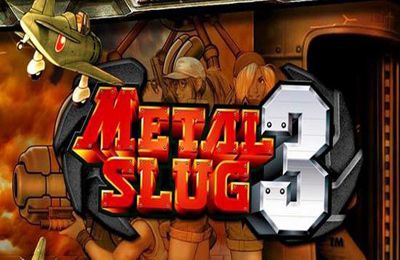 The legendary 2D-action-shooter masterpiece Metal Slug 3 returns! In Metal Slug 3 mechanical features stayed the same as in the first two parts. The updated function in the game is an opportunity to choose a way of passing of level. There are some variations of passing of levels. Each way is individually difficult and has its length. At each level there’re various quantity of captured souls, the only thing - all of them lead you to the identical boss. As well as in other part of the game, the user has an opportunity to reincarnate. In the Metal Slug 3 app for android if infectious liquid gets on the player, he becomes a zombie. The character, who turned into zombie, has a number of abilities. As grenades he uses a stream of red chromaticity, which kills all live. Also the hero of game passes any attacks of opponents – soldiers, not including infected soldiers. But if a character became zombie, he won't manage to sit down, use any weapon, only a gun, and also to use transport. Being under water, you are equipped with an underwater space suit. Heavy washers are used as bombs. If you lost your vehicle in air space, use a jet portfolio for movement.
Rate the game
?
Votes not enough
0 votes