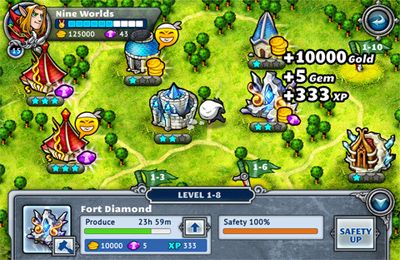 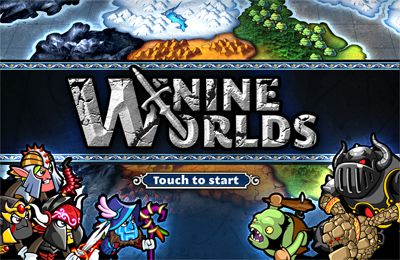 Nine Worlds – a place where Wood, Earth, Iron, Water, and Fire live in harmony. As power of Midlands becomes weaker, power of the evil becomes stronger … Will you be able to become a real hero and to restore the harmony of Nine Worlds? Each battle which you win, earns you military trophies, but each battle which you lose, lowers your noble reputation. Tactically construct your characters, based on the weapon, armor and available accessories. You can lead each battle to the victory, increasing your abilities of characters! Use the best spells to bewitch your weapon to make it stronger and faster. It is easy to win monsters with small level by only one force, but high-level monsters are heavier and you should put a lot of effort for their destruction. You can place various buildings in the won territory. People will be happy to reward your efforts. Each building makes various awards for different time. Operate your time and resources for more difficult strategy. There’re monsters who attack again if protection of your castle becomes weak. Construct unapproachable fortress in Nine Worlds at which your enemy even won't dare to look at!
Rate the game
?
Votes not enough
0 votes