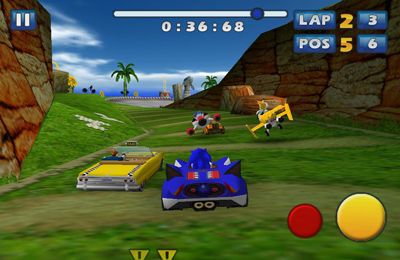 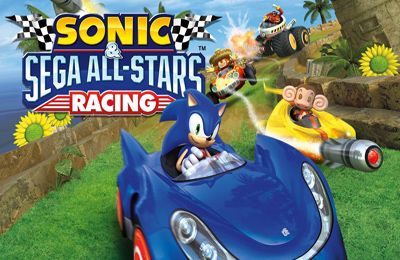 Sonic & SEGA All-Stars Racing - Heroes of SEGA unite to fight in adrenalin race for finishing line! The world’s fastest hedgehog, Sonic, and the SEGA All-Stars are ready to race on your iDevices. Stay ahead of the pack by dodging traps, firing missiles and, if all else fails, wreaking havoc with your All-Star moves! Whether racing on your own, or battling it out with friends, anything can happen in this crazy competition where winning is only part of the fun! Race to the finish as one of 10 iconic SEGA characters and take to the track by car, monster truck, bike, plane and even a banana! There’re two new characters –Skeleton and Shadow, Airplay mode, progress preservation in iCloud now, faces of characters on mini maps and there are a lot of other improvements and fixed bugs. Each vehicle has unique handling characteristics, and each character’s All-Star move will speed you to victory!
Rate the game
?
Votes not enough
0 votes